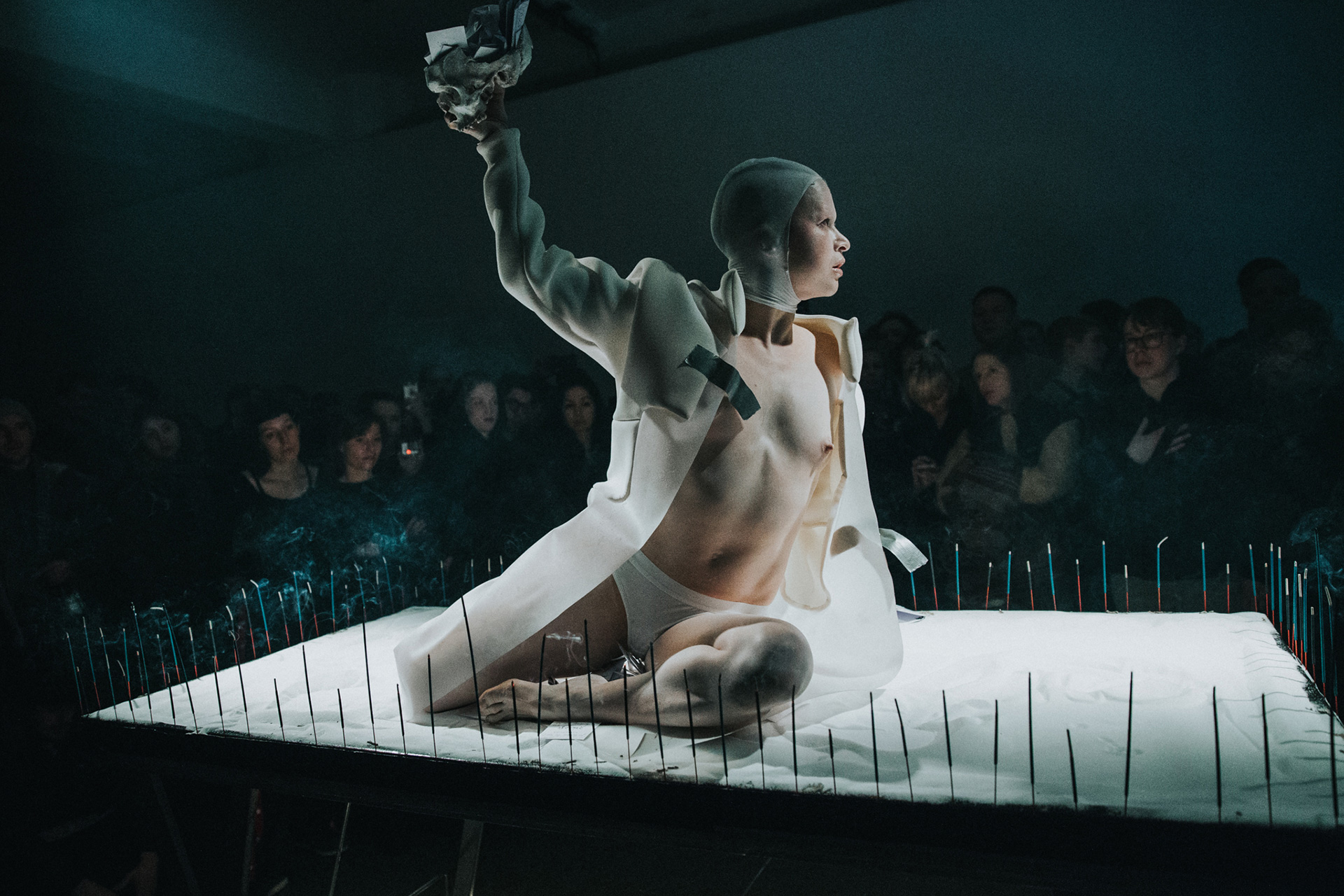 Kaddish, an immaculately preserved hermaphrodite Sky Priestess with snow-demon flesh, is discovered “sleeping” in a sphere in an ancient Sky Temple in former Tibet. The skin of Kaddish has been flayed in preparation for the Sky Burial, a Tibetan funeral ritual of feeding the dismembered corpse to the white vultures. Inside her abdomen are thirty-three hand-inked Tibetan folios on snake root: Dream Prophecies stretching the pale membrane of the unconscious † harbingers of death, mutilation and purification in white.

White Death is a practice that activates the passage into the dream world in order to invoke powerful imagery from the subconscious, bringing it out and towards the outside, bridging associations, trusting in the power of the dream as a living force of intelligence for healing and expansion.

During the event the audience is invited to write their dream wish on a piece of paper, which they then deposit at the altar. What follows is an evocative ritual, which brings the participants to the realm of dreams, inviting them to join further and explore the practice of dreaming.

Get the book online through Circadian The photos are by Nayla Bikmurzina and Dajana Lothert made at 3AM / Circadian event on the 30th of December 2017 where White Death practice was presented as an immersive performance. The people were then invited to proceed into the dreaming practice where they wrote their desired dream wish on a S.I.G.I.L. paper and then followed the special procedure from the White Death book to bring this dream to life. The book also contains concrete steps to become conscious of dream imagery and to make it part of everyday life.